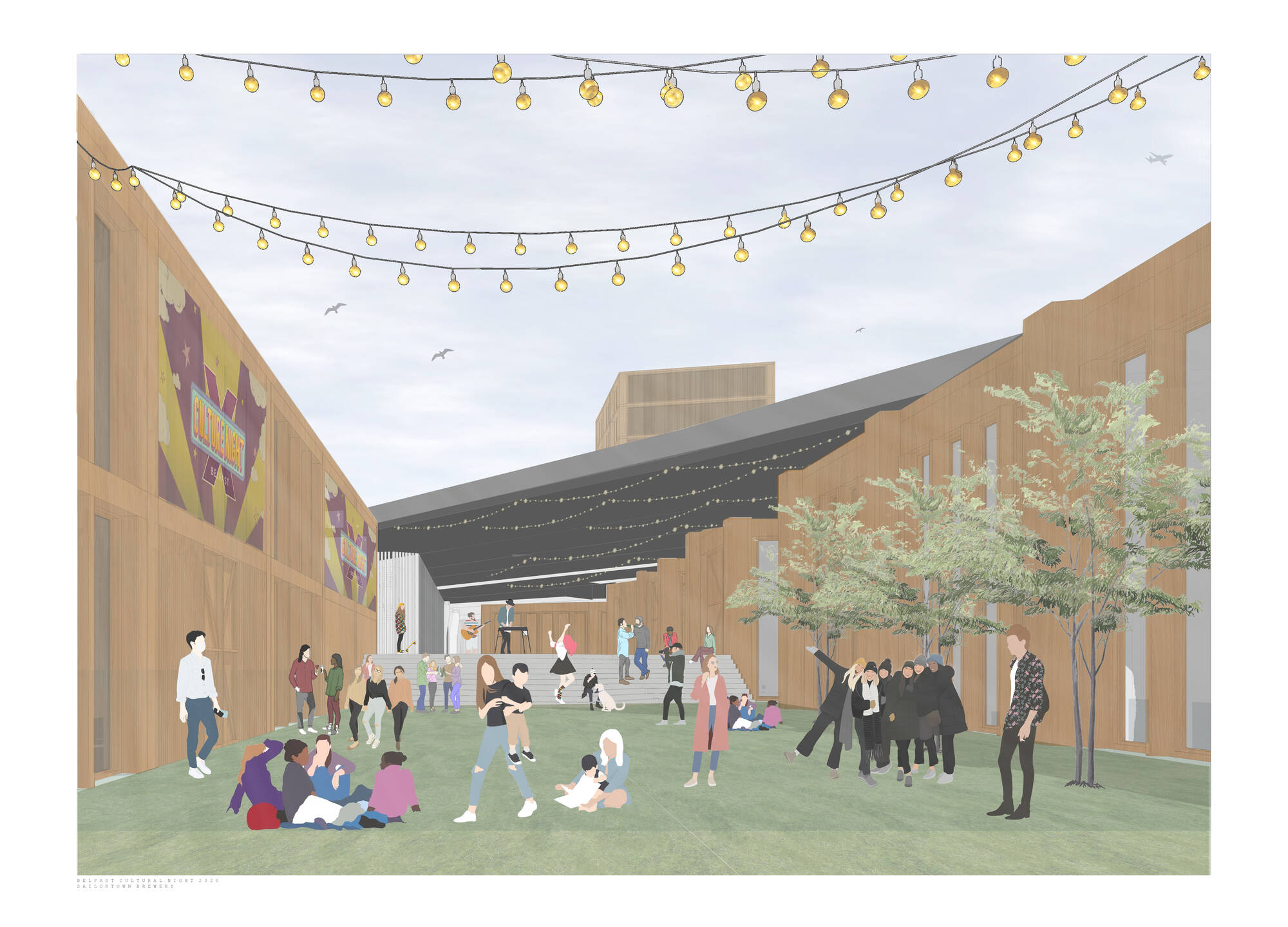 The brief was born out of research into Sailortowns Industrial past. As an industrial community the area had many industries both large scale and small operating at the same time, such as a Tobacco Factory, Ship Yards and Spinning Mills to Hat and Shirt Factories. These industries were vital for the community as they provided a means of employment and wage for a largely working class community. Another important observation was the quantity of public houses (bars) within the community, which in 1955 totalled 50. Today only the American Bar, Buffer McMahons (now McKennas) and Muldoons are operational. The Rotterdam and Pats Bar are still here but not operational. I conducted a series of interviews one of which was with Ludwig O’Neil whom advocated to save the Rotterdam Bar at the time of it’s closure. The wealth of stories and friendships developed around the space of the Rotterdam was astonishing and very saddening to think those memories are slowly fading with the building itself. 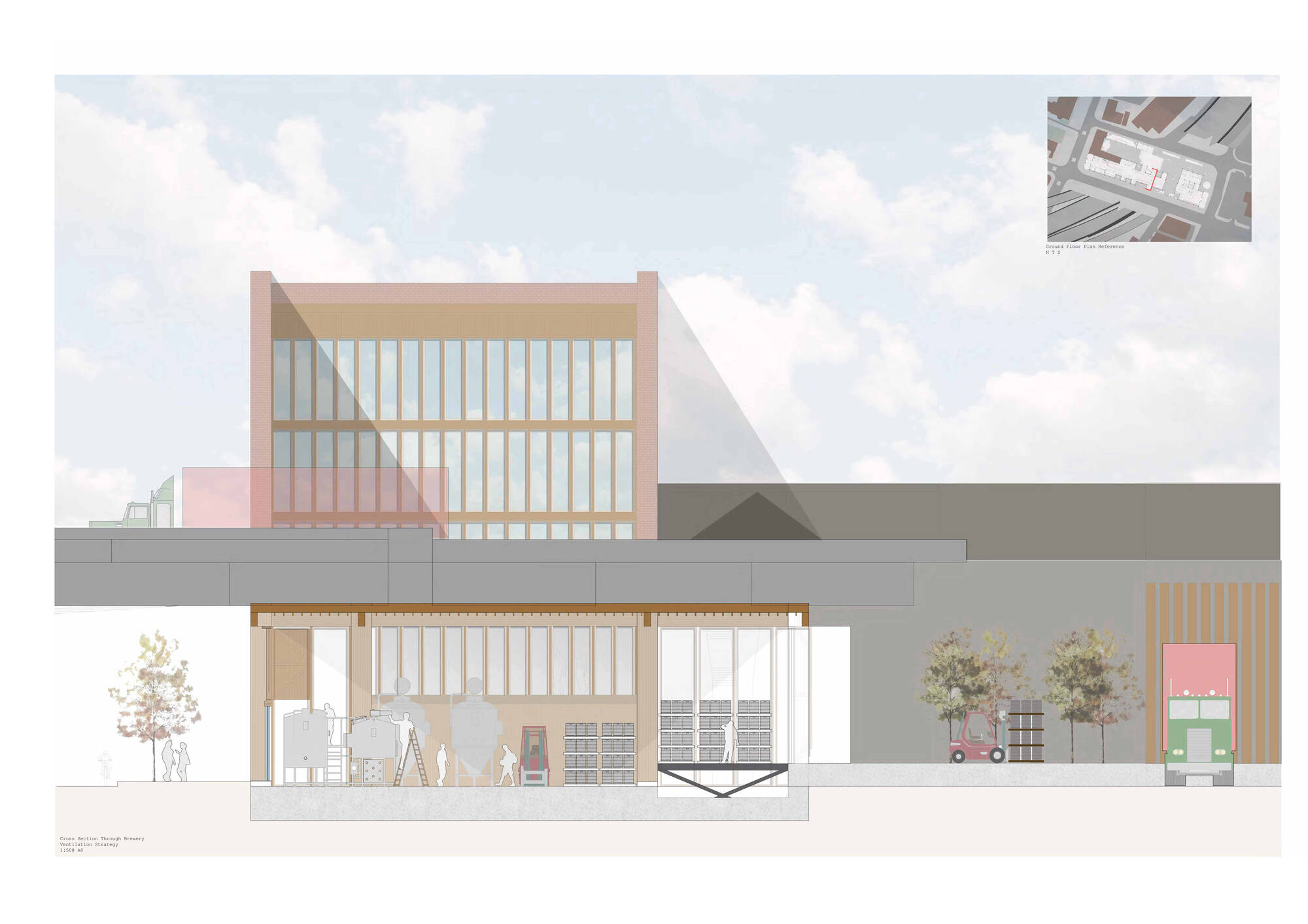 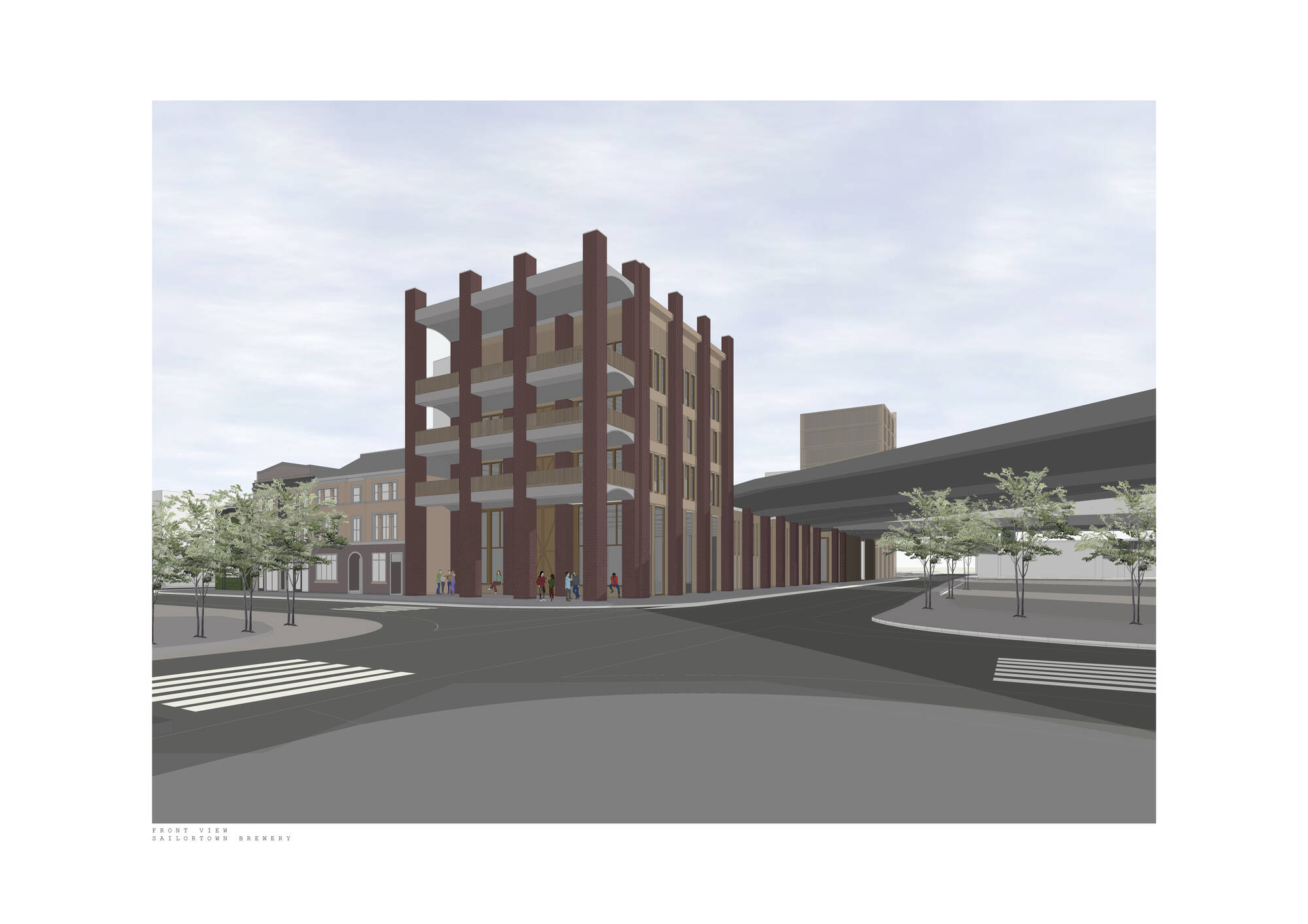 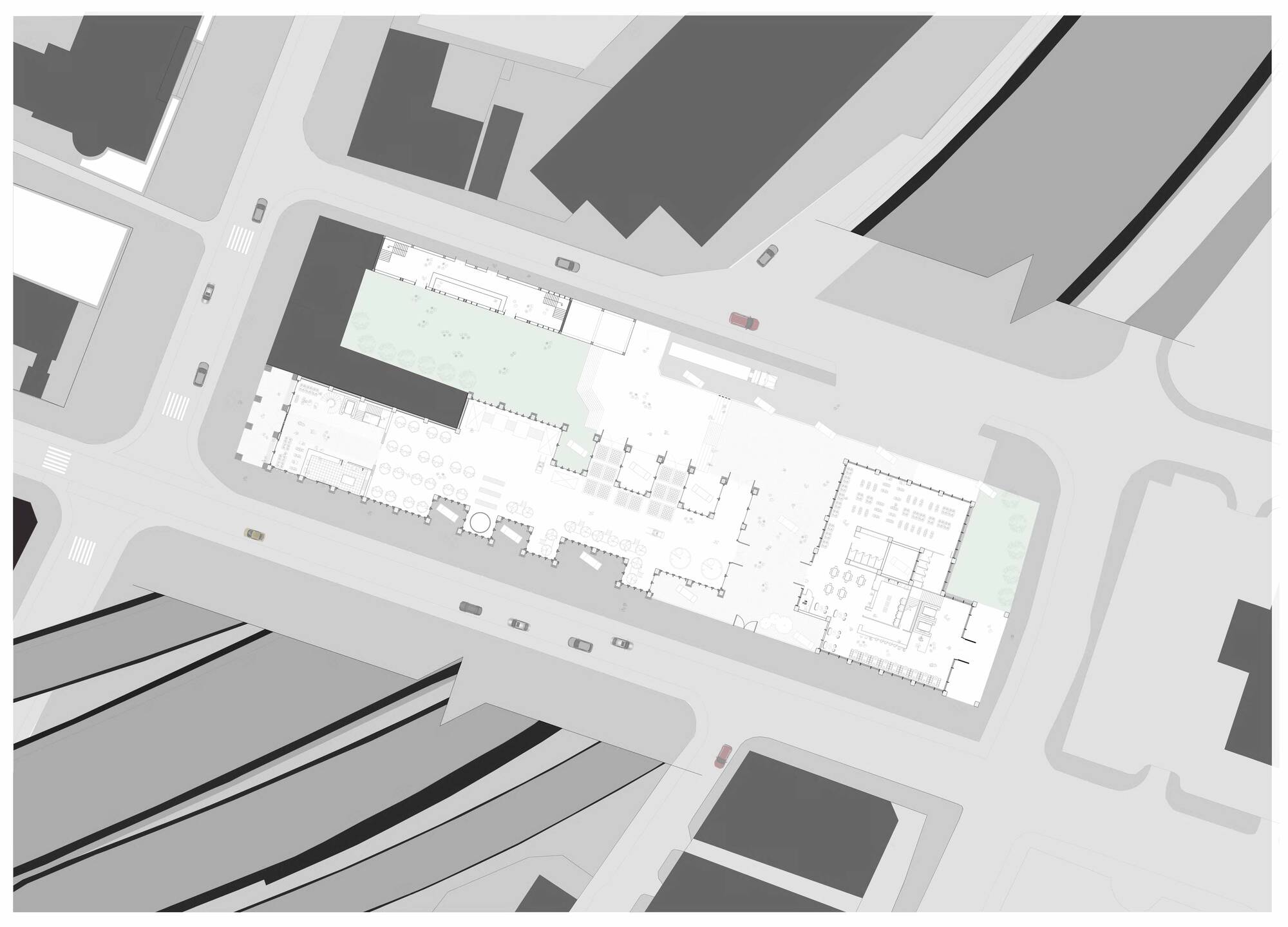 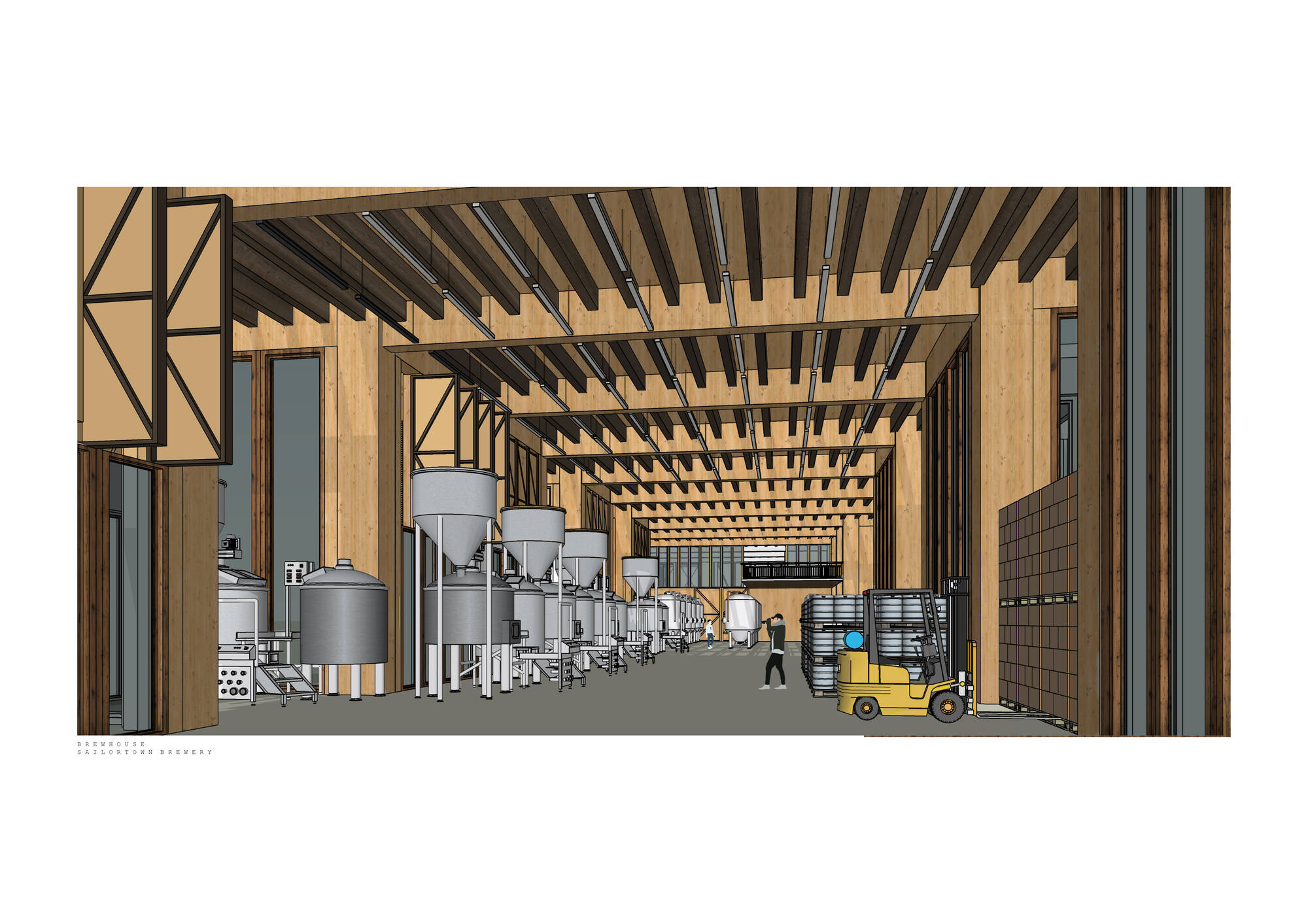 This research pointed out a need for a sustainable industry to be reborn in the area. The success historically of the public house further hinted that a brewery would be the most successful operation both financially and spatially for the community in the 21st Century.

The site is situated on Corporation Street with access along Corporation Square and Gamble Street. Utilising a non-place for the project was key as the intervention will not further demolish the remaining Sailortown heritage.

The project consists of a Brewery accessed on the junction of Corporation Street and Corporation Square with a Hostel on the opposite side. A terrace of bars have been added to the rear of Muldoons which encloses a public courtyard where events such as Belfast Culture Night could be held or more casual events throughout the year. This space provides the community with a meeting place where the opportunity of space is provided.